The BLU is a vegan bar located in Poblenou (Barcelona), a booming district where high end tech companies and the most creative minds meet. Right next to the beach, the BLU is a very welcoming place with a great atmosphere and a slightly surfing flavor.

Due to the uniqueness of the BLU gastro offer, 4funkies designed a visual identity built on the dishes themselves, giving them a predominant role by creating illustrated characters with them.

Alongside the visual identity, 4funkies worked on the menu design, the staff uniform and the signposts. As well as on the interior design (in collaboration with another partner). 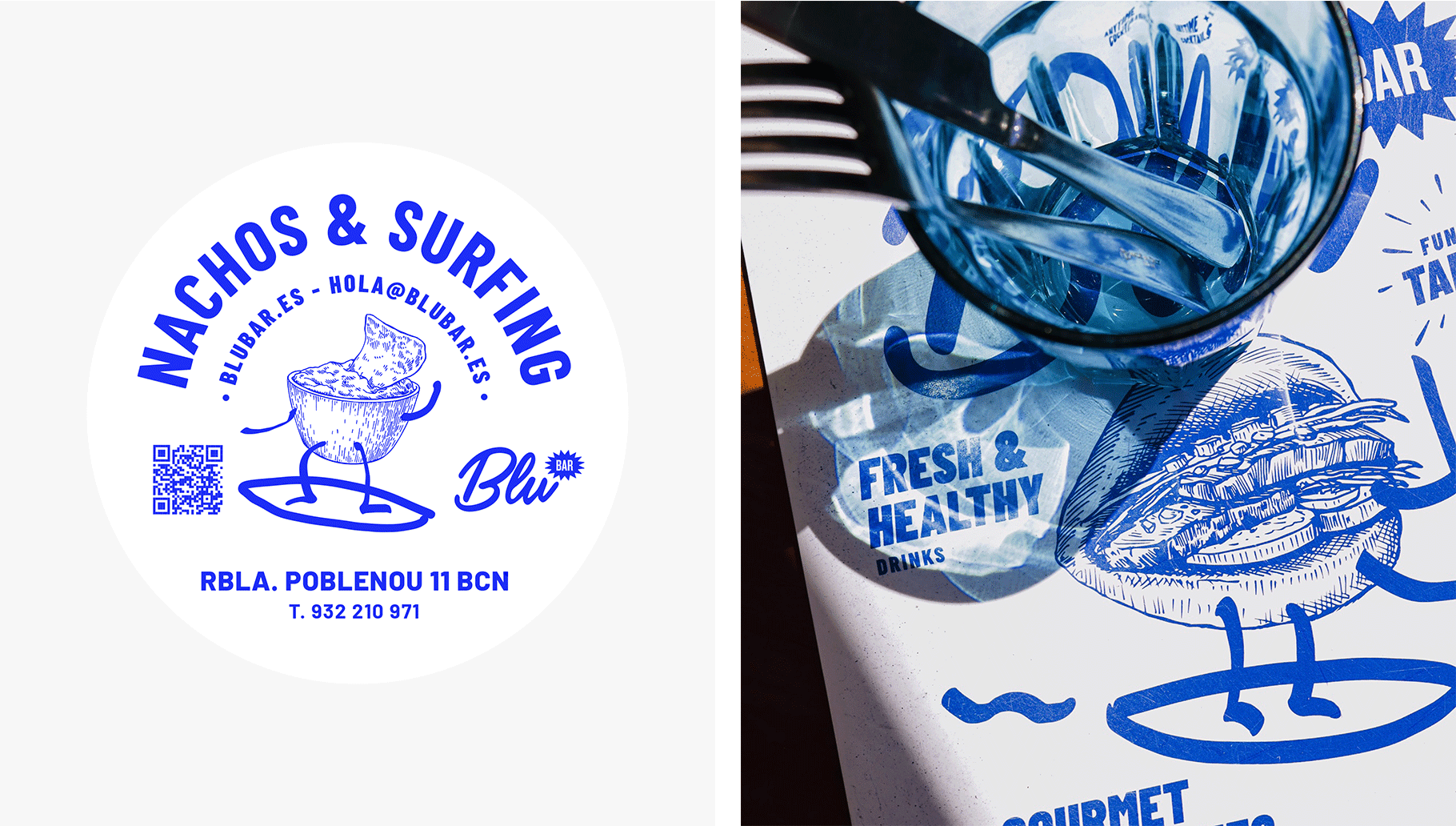 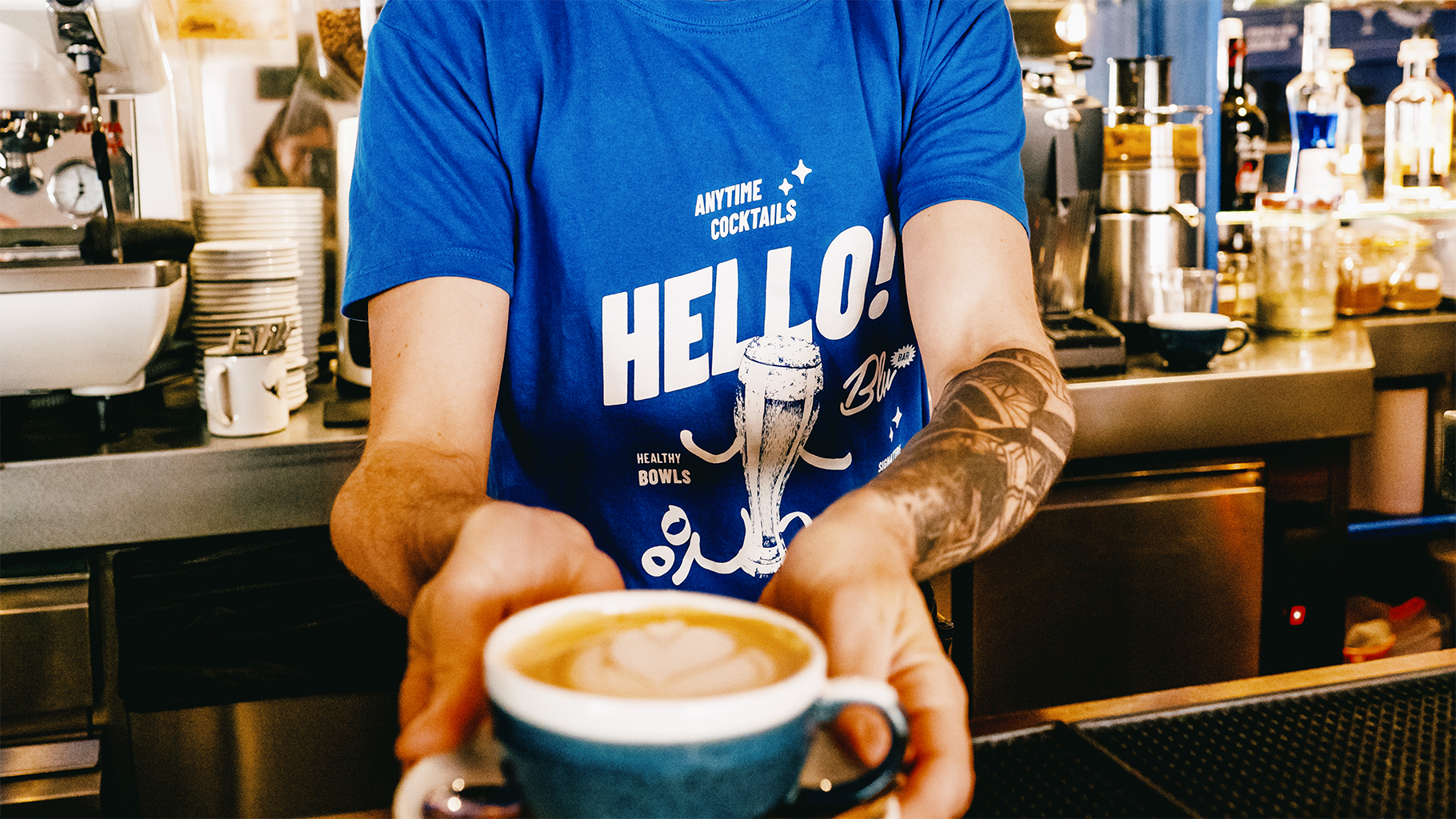